skip to main | skip to sidebar

At one time, turning to a secretarial service, or local print shop for assistance in preparing an effective résumé was an innovative approach to getting a leg up on the job-search competition.

But today, high quality print technology can be found in many households, personal computers are abundant, desktop publishing has become a household word and computer software can do everything but seal the envelopes for a job-seeker wishing to conduct their own direct-mail campaign from the kitchen table. In order to stack up on top, a candidate's résumé must reflect originality, professionalism, capability, intuition and above all sincerity.

Although desktop publishing systems, word processors, professional résumé writers and even some secretarial services should be able to assist in preparing a professional-looking document, only candidates, themselves, can demonstrate sincerity.

Whether you choose to write your own résumé or hire a professional, the following myths and misconceptions along with the facts about résumés will help you make more informed decisions regarding how best to present your qualifications and abilities to a potential employer.

Fiction: Plagiarizing the content of a successful colleagues résumé, or a sample from a résumé guide is a convenient, economical and productive technique.

Fact: Job-seeking is a demanding competition not a leisurely activity. In today's ultra-competitive job market, in which hundreds of candidates vie for a single position, job-seekers who strive to be "as good as" anyone else, will surely be defeated by the “competitor” who can prove they are the best.

Myth: Résumé content should be generic so that it appeals to a variety of employment markets.

Fact: The relationship between a résumé reader and a résumé writer is much like that of a couple planning a future together. Who would you consider as a partner? The person interested in you or anyone else? Or the person specifically and sincerely interested in you?

"Of the résumés we receive, a high percentage are generic. If you leave it to my imagination as to what position you're applying for or where you best fit in our organization, it's not going to get the consideration as if you applied for a specific position," says Beth Marguardt, staff personnel manager at Southland Corporation in .

Another corporate personnel manager, who wished to remain anonymous, spoke candidly about her take.

"When I give people advice, I tell them not to send a generic résumé to 'personnel' ," the manager says. "I tell them to send a specific résumé to the manager of the position that they would like to have. [Department] managers don't get 10,000 résumés per year, in response to 100 positions that are available." She added that at her company, less than 5 percent of all jobs are filled by way of unsolicited résumé submissions.

A corporate staffing manager with Honeywell, Inc. in , views résumés differently, however. The paper, how it's folded, how it's printed, even the formatting and language makes very little difference to him. "What matters to me most is that I can get to the meat of the content quickly, and make a decision on it."

If you pay a high price to have your résumé prepared, make certain that cost includes disk storage, and updating, which will allow you to tailor your résumé to specific companies and their specific needs, or at least a particular field.

Beware of printing and secretarial firms, as well as professional résumé writing services which try to sell you hundreds of copies of your résumé' If you get a job after sending out one résumé, you will have wasted your money on 99 copies.

Hype: If the résumé gets you the job it's worth the high price tag.

Hypothesis: With more and more articles about guarding against false information on résumés turning up in human resource and personnel journals, it's obvious no candidate will ever be hired on the sole basis of their résumé. ­"It's only the initial screening tool," says Ms. Marquardt.

'There are a lot of other factors that enter into the hiring process; personal interviews, other candidates..."

Antiquated Advice: Résumés should consist of no more than one page of information.

Contemporary Conclusion: Robert Schramm and R. Neil Dortch of the of in polled 142 corporate recruiters for a research paper published in The Bulletin for the Association of Business Communication and found that two thirds preferred a maximum résumé length of two pages while 60 percent thought they should only accept one page of information.

Before you switch your typewriter or word processor from "pica" to "elite" type in order to get all your information on one page, remember like Scheulen and Aron Heirnbnrg - every individual has their own biases.

"Most of the research on résumé appearance has been conducted using questionnaire or survey research asking personnel managers about their opinions," says Mr. Bird. "From a psychological standpoint, what people believe is affecting their decisions and what they are actually reacting to is not always the same thing.

What this means is that you can read every résumé survey, study every guide, send a handwritten, three-page résumé to a person who hasn't read the same material as you and still get called for an interview.

Conjecture: You need a professional résumé writer to make you sound good on paper.

Rebuttal: Like political speech writers and corporate communications specialists, a good résumé writer might be able to spin your qualifications into an irresistible job query, but like most good journalists, corporate interviewers are relentless pursuers of honesty.

"A lot of people today choose professional résumé writers and that's all well and good, but the information has to be truthful." says Stephanie sancino of IBM in .

"I've received résumés that will knock your socks off, and after calling the person in, realized they had a professional write their résumé, because they couldn't back up the verbiage in the interview." If you're worried about translating your "PR man's" magic into tangible and demonstrated capabilities, remember: there are no teleprompters in job interviews.

Concoction: A good résumé is all it takes to get a good job.

Truth: Again, job hunting is a competition. The best résumé in the world will barely get you out of the starting block, while those who've prepared themselves with self-evaluations, strong interviewing skills, targeted cover letters and extensive corporate research wilt easily lead the pack to the finish

Delusion: Sending résumés is a good way to test the job rnarket... "to see what's out there for you."

"And our department is one of 20 staffing areas for Honeywell."

With the "outplaced" pool growing more and more each day, very few employers are offering jobs; they are merely auctioning them to the best bidder. If a position exists, with a little research, along with a specific résumé of qualifications related to the criteria of the position you are applying for, you

should easily be able to outbid your competitors. And with assertive follow-up and a sincere interest in the position as a career, you should be an unbeatable candidate.

Tom R. Arterburn is Executive Director of The Resume Institute. 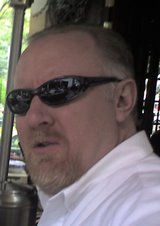